Ukraine in process to connect first biomethane plant to grid 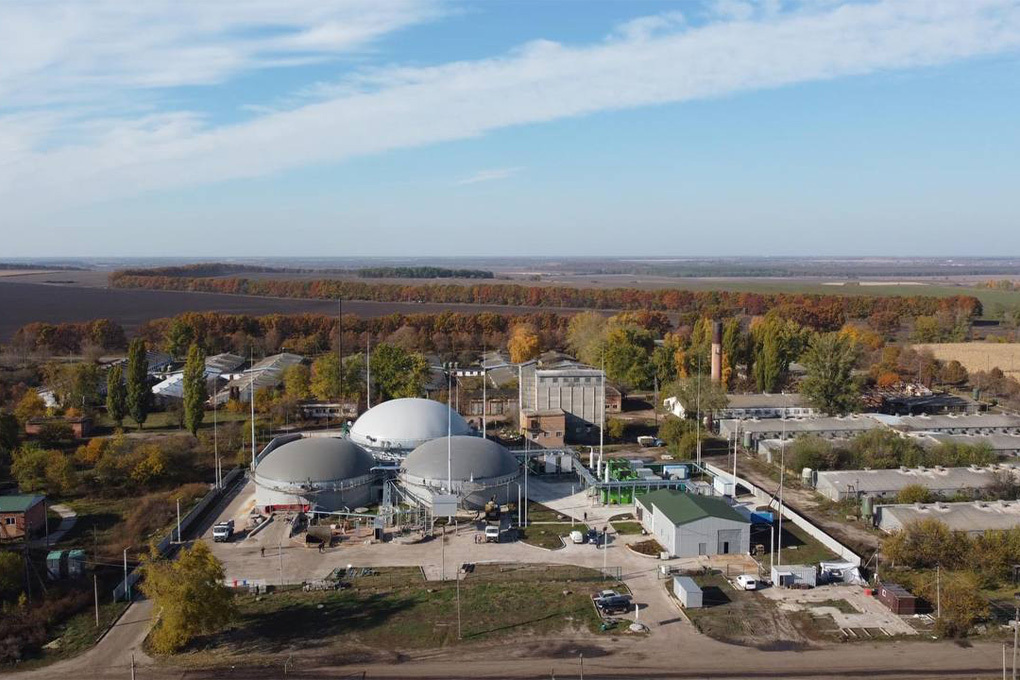 LONDON (ICIS)–Ukraine is preparing to connect its first biomethane plant to the gas distribution grid even as it battles to repair war-damaged infrastructure.

Speaking to ICIS, Igor Gotsyk, head of decarbonisation at major gas distribution operator RGC said the company received 30 applications to connect biomethane plants, with the first outfit likely to feed the fuel to the grid before the end of the year.

The plant in the northern Chernihiv region is already producing biogas and is expecting special equipment from European partners to convert it to biomethane.

Once operational, it could feed three million cubic metres of biomethane to the grid before the end of the year, Gotsyk said. Other companies that are expected to be connected to the grid could produce higher volumes, close to 10mcm/year, he added.

In parallel, the Ukrainian government is working to launch a special registry for certificates of origin that would allow producers to gain recognition internally and abroad.

Gotsyk said the regulator NEURC has also amended regulations to raise the level of oxygen allowed in the pipeline from 0.02% to 1%, which, in turn would encourage more producers to inject biomethane into the grid.

He said with the price of natural gas soaring, more companies were incentivised to convert biogas plants, currently used to produce electricity, to biomethane, whose molecule is identical to natural gas.

As one of the world’s largest agricultural producer, Ukraine has been planning to develop the biomethane sector, aiming to generate 3 billion cubic metres (bcm)/year by 2040 and 8bcm/year by 2050, which would have amounted to 25% of Ukraine’s annual consumption before the start of Russia’s war in February.

Although gas consumption is now thought to have dropped some 40% as industrial consumers and thousands of households have been disconnected from the grid, Gotsyk says Ukraine is committed to developing the biomethane sector.

He explained that some of the agricultural products that are now stranded because of Russia’s blockade on grain exports could be used as feedstock to produce biogas and biomethane.

Prior to the invasion, RGC was also working to prepare the infrastructure for hydrogen injections , conducting tests on five polygons across the country to see how the distribution grid would respond to blends of up to 20%.

As three of the sites are close to the frontline, RGC decided to restrict research to labs and postpone tests in real infrastructure.

Even so, RGC is determined to continue work on renewable gases but Gotsyk said the operation of the transmission and distribution infrastructure would have to be reviewed in line with several challenges.

The first would be to adapt to the restructuring of the gas market as Ukraine’s role as a transit country for Russian gas would diminish or disappear once the existing shipping contract with Russia’s Gazprom expires in 2024.

“We have excessive [transmission and distribution capacity] from Soviet times, which has to be restructured and reallocated,” Gotsyk said, noting that distribution companies and the transmission system operator GTSOU would have to work together to find the best solutions to reorganise the infrastructure.

In the shorter-term, however, the biggest challenge remains the protection of the infrastructure from further war-inflicted damage.

Since Russia started its war against Ukraine, 500,000 RGC customers were disconnected from the distribution grid, causing the company damages in excess of €300m.

“Our staff are real heroes. They are restoring supplies and keeping the system working but as of now around 1,000 cities and villages are still under constant attack,” Gotsyk said, noting that around 200,000 consumers continue to remain withoutaccess to natural gas.

“The hardest hit regions are [the eastern] Zhaporizhzhia, Mykolaiv and Kharkiv regions. The problem is that we [RGC] are restoring the infrastructure every day but a few days later it is damaged again,” he said.

Even as it faces mounting bills to repair the infrastructure, RGC cannot recover the costs from distribution tariffs which remain low and in some places are difficult or impossible to collect.

“We are relying on western donors from the UK, Poland, France and Sweden to help with technical equipment and it’s very important to receive it.

In the longer-term, the biggest challenge remains the implementation of reform in the energy sector.

Ukraine had taken steps to liberalise its gas market, opening it up to competition and encouraging the development of wholesale trading.

However, with the start of war and the introduction of martial law, all reform measures that had been taken were abandoned, effectively placing the incumbent Naftogaz in monopoly position at production and retail level.

“Reform is frozen right now and there is a risk we revert to the [monopoly] market model of 10-12 years ago unless we unfreeze reform or do it again from scratch [once conditions improve],” he said.