For the first time, the gas equipment of Ukrainian production passed the hydrogen testing program 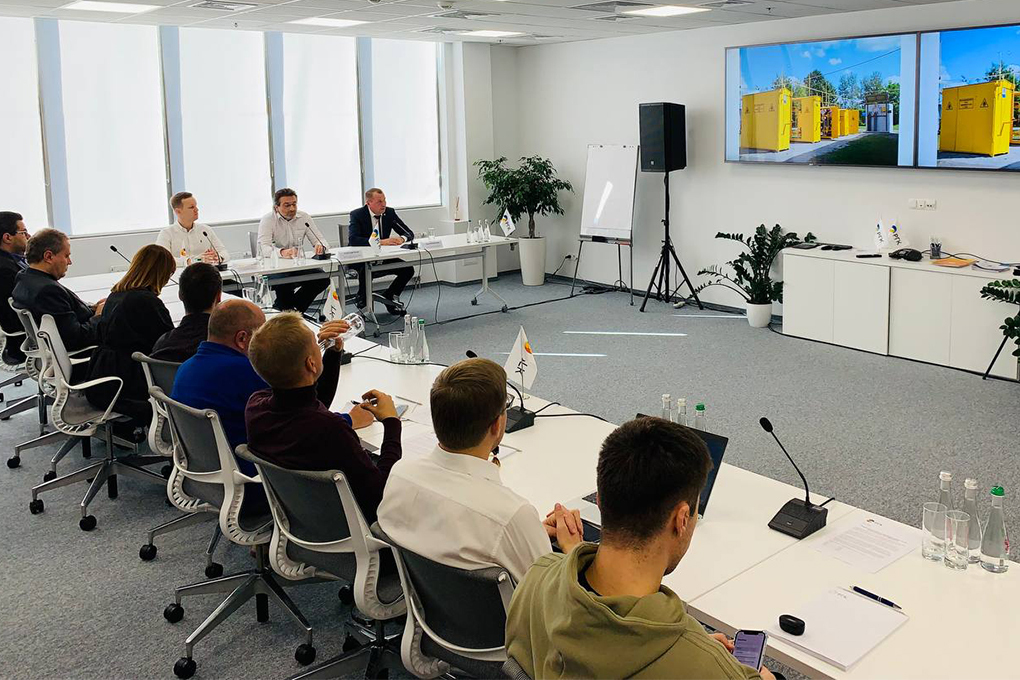 All tested models of gas pressure-regulating stations of cabinet type (GPRS) manufactured by RGC Production have successfully passed the full cycle of hydrogen tests and are ready to work with gas and hydrogen mixtures containing 20% hydrogen. Each testing phase was carried out under the supervision of experts from Bureau Veritas, who issued affirmative statement. According to experts from Naftogazbudinformatika LLC, a consulting company that is coordinating the hydrogen research consortium, GPRS manufactured by RGC Production displayed identical performance when put to the test using the gas and hydrogen mixture containing 20% hydrogen and the natural gas.

“This is the first gas distribution equipment of Ukrainian production, ready for reliable and safe supply of gas and hydrogen mixtures directly to customers. There is already the demand on H2ready equipment in Europe that is growing every year. Hydrogen and other synthetic gases mixed with the natural gas will become the baseline energy source during the transition period until the complete implementation of the Green Deal by 2050,” said Stanislav Kazda, Development Strategy Director and Head of the RGC Hydrogen Project.

Tests of H2ready GPRS models manufactured by RGC Production were carried out between August 25 and September 22, 2021, at RGC hydrogen test sites in Zhytomyr, Kharkiv, Dnipropetrovsk, Volyn and Ivano-Frankivsk regions. All models were manufactured at RGC Production plants in Lviv and Dnipro and equipped with H2ready-certified Pietro Fiorentini regulators (Italy).

At the beginning of the tests, each GPRS was purged with inert gas. Then tests were conducted using the natural gas, and only after that gas and hydrogen mixture containing 20% hydrogen was used.

The following tests were carried out at five RGC test sites:

External pressure integrity checks: for 12 hours the natural gas and then the gas and hydrogen mixture were fed to GPRS at the operating pressure while instruments were used to monitor all GPRS elements and components for leaks.

Internal pressure integrity checks: control of the GPRS status under the operating pressure of the natural gas and then the gas and hydrogen mixture while first increasing and then decreasing the gas flow rate.

Checks on safety shut-off valves: the pressure of the natural gas and then the gas and hydrogen mixture was gradually increased until the safety valve was activated.

In November, H2ready GPRS models manufactured by RGC Production will be presented at the Enlit Europe, an international exhibition in Milan, as a part of campaign intended to export equipment to the European countries.

Bureau Veritas: has been specializing since 1828 in certification, inspection, classification, audit, testing and training in quality control, occupational health and safety and environmental protection, as well as management of industrial and construction processes.

RGC PRODUCTION: a production project started in 2019. In Ukraine, two plants have been constructed in Lviv and Dnipro. Each one of them is capable of producing up to 1,250 GPRSs per year. The third plant will be constructed in Vinnytsya by the end of 2021. According to the business development strategy, three more facilities producing fittings, taps and PE pipes will be constructed.

RGC hydrogen project: a program designed to get the gas distribution systems ready to supply hydrogen and other “green” synthetic gases to the customers. The project has been in the process of implementation since 2020, when 5 RGC special test sites were established for hydrogen tests of gas networks and equipment. Scientific and research partners of the project include 8 academic institutions, the National Academy of Sciences of Ukraine (NASU) being one of them.